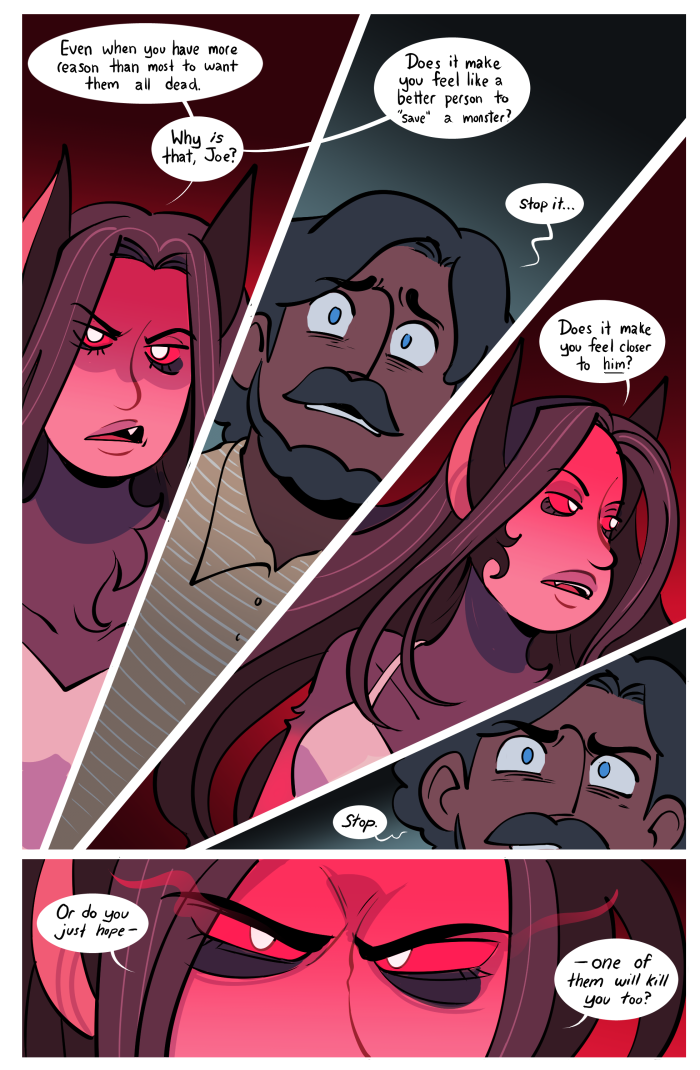 ALSO HEYYYY IT'S THE FIFTH ANNIVERSARY!!! this comic is so old now. my god. it's in kindergarten. i wish circumstances were better (both IRL and in the fiction) but hey we made it this far! here's to another year of never satisfied, and thank god this one had two entire chapters in it! unlike the last year which was basically just chapter 7 for the entire duration, lmao.

anyway as always, here is the anniversary print! Let's Enjoy The Weather!