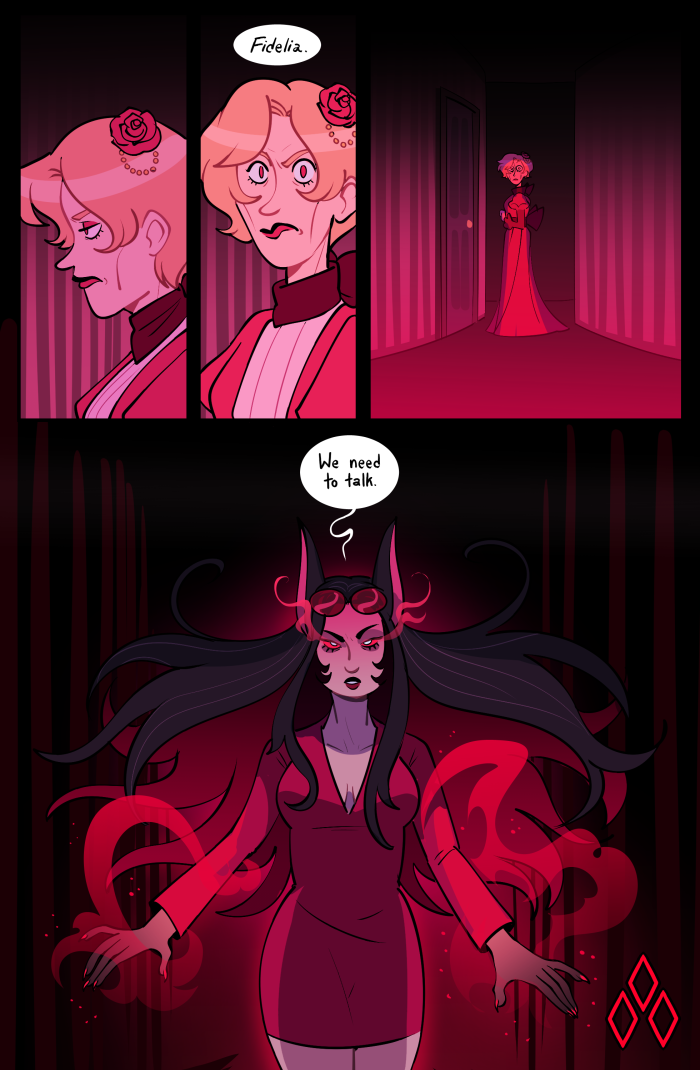 that's right, we're ending on a page with PANELS this time. we're breaking tradition. no more splash pages. we're out in uncharted territory now. the next two weeks will as usual be guest artist content, this time it'll be a two-page canon mini-comic by friend g c houle!! look forward to it >:3

as usual, here's what we learned this chapter:

and that's the important stuff!! have a great week, see you next monday with the first guest page!