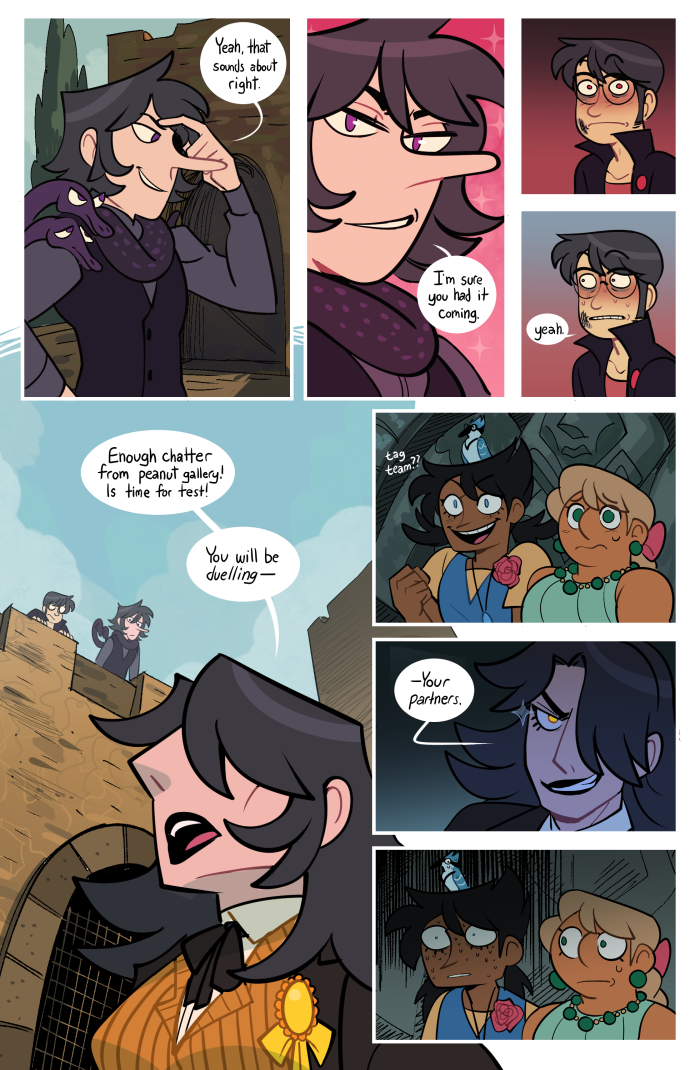 (here's an image to grab your attention so you'll read this)

big important update: oceana has been replaced across the comic with fidelia lapointe! who is basically the same, she just has a slightly different design and new name. friend miri (who made oceana) and i agreed it would be better if my main antagonist wasn't the same as hers in riverside extras, because it would end up with people thinking i made oceana but!! i didn't!!!! and i don't wanna take credit for as cool a villain as her. so now she's fidelia lapointe. i encourage you to go back to her appearances and check out the edits.

and go read riverside extras, where oceana (and ophelia, and derry, and siobhan) originated and really gets to shine!!!! it's so good you guys

support me on patreon~