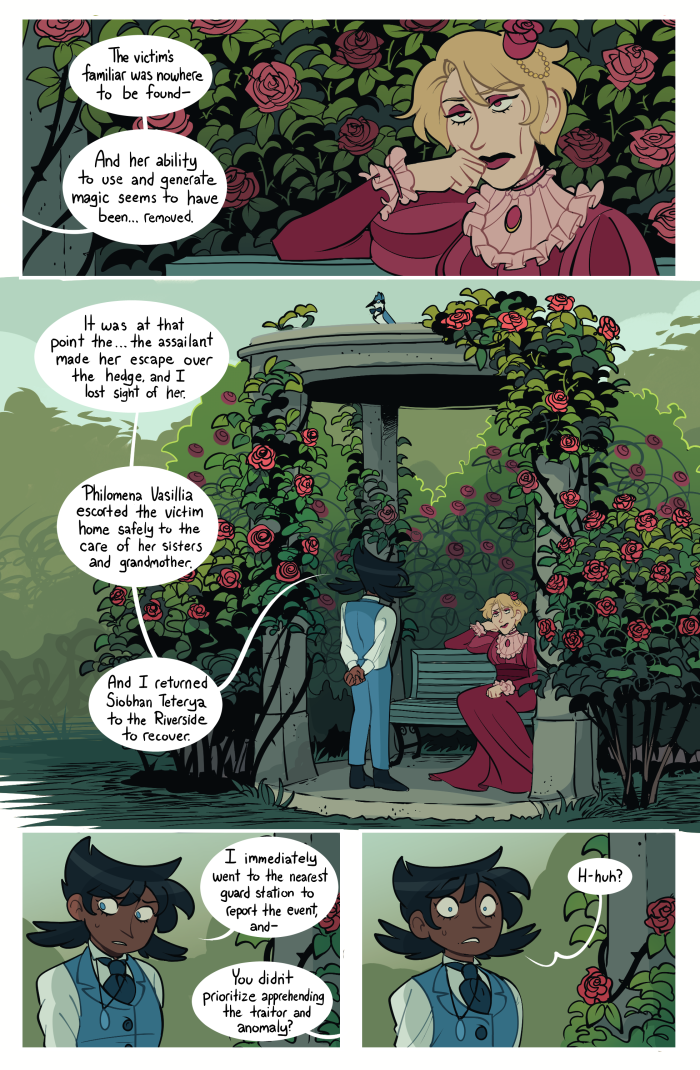 hey since it's been a while: a reminder that oceana has been replaced by fidelia lapointe! the change has been in effect since early chapter 7, but since she hasn't appeared since before then i figure it would be a good time to remind y'all. her role in the story is still exactly the same, it was just a change of appearance/name. the primary antagonist of this comic being a cameo from a friend's comic didn't seem right to us anymore, hence the switch.